The Way of Yahovah 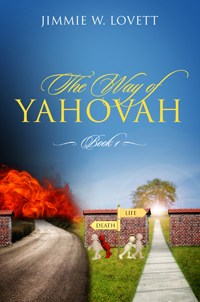 The Way of Yahovah

Way of Death, Way of Life Your Choice

Most of mankind follow the Way of Death because it seems right to them; their fallen nature desires to please the natural, lustful desires of their bodies. The Bible puts it this way: “There is a way which seemeth right unto a man but the end thereof are the ways of death” (Proverbs 14:12). The Way of Death didn’t begin with man, but with a powerful angel named Lucifer who led a rebellion against GOD, the Creator. Later Lucifer spread his rebellion to mankind. The Creator developed a 7,000-year plan to subdue all rebellion, restore peace and harmony to His universe, and prevent further rebellion. The key element to God’s plan involves providing One born miraculously of a young woman, a virgin, into the human race. He would live, teach and lead repentant rebels to turn from the Way of Death (rebellion) and turn to the Way of Life (obedience). This book covers the Bible’s Old Testament, which addresses the first 4,000 years of the Restoration Plan. It will be followed by a second book covering the Bible’s New Testament and the last 3,000 years of the 7,000-year Restoration Plan. THIS BOOK IS FOR YOU, whether you are: an atheist, agnostic, new Christian convert, a Bible scholar or follower of one of the thousands of the world’s religions. As a new convert, after reading this book, you will have a sound foundation for learning and living the “Way of Yahovah”, the Way of Life. For the atheist or agnostic, you will receive a clear understanding of what the Bible, which claims to be the Word of the true Creator of the universe, has to say regarding your future. It speaks of the destiny of those who reject the Creator and His Son; the only One Who can save man from eternal death and lead him into eternal life. You need to know what is says so you can make an informed, intelligent decision concerning your eternal destiny. It is the most important decision you will ever make. If you are a Bible scholar, there are many thoughts and considerations you may have never entertained that may lead you to reconsider your position on some of the doctrines you hold. As a follower of one of the thousands of the world’s religions, other than that of the Jewish Messiah, Jesus the Christ (Yahshua ha Mashiac), you need to understand what the Bible has to say about your eternal destiny. It is not the Way of Life.

It is obvious from these Scriptures that Elohim has a plan in place to purge all rebellion (sin) from His universe, both in heaven and on earth. His plan is to destroy the works of the devil and provide a way for His sons to be delivered from Satan’s power of darkness. He intends to destroy the devil who has power over death, subdue all of His enemies and to draw many sons unto Himself, thus building for Himself a wife and many children. Through Yahshua His Son, He plans to gather together in one, all things in heaven and earth under His leadership in His Kingdom, in this Age and in the Ages to come. Through Yahshua, He will restore all things lost in the rebellion and reconcile all things unto Himself. He has set a period of time by which He intends to accomplish all this. He will finish the work and it will be a “short work” upon the earth.

Jim Lovett prefers to describe himself first and foremost as a spiritually born-again believer in Jesus the Christ (Yahshua ha Mashiac). He is an ex-marine and retired police lieutenant. He holds a B.S. in Business Administration from Rollins College in Winter Park, FL. He was ordained a licensed minister through the International Bible Institute and Seminary (presently the International Seminary) in Plymouth, FL. Jim pastored a small home church in Murphy, NC for six years. Jim has passionately studied the Bible for close to 40 years, always seeking truth. This book, which covers the Old Testament, and the one to follow, which covers the New Testament, incorporates those truths revealed to him in his years of study. The “things of the Spirit of God…are spiritually discerned” (1 Corinthians 2:14). That is why it is so important for you, the reader, to discern whether the writer of what you read regarding Biblical truths is being led by a carnal mind or the Spirit of God, no matter how many degrees or titles he/she may have. The natural man cannot know the things of the Spirit of God – they are spiritually discerned. Jim and his wife, Charlene, have two grown children and six grandchildren, and live in Liberty, KY. 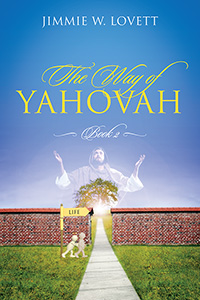