A Novel About Growing Up 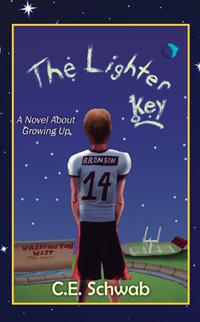 A Novel About Growing Up

Come join Colton Bronson during his journey through high school, where past meets present as he searches for meaning and a new identity after his sports celebrity fades. Tormented by his younger brother Dylan, and tortured by his ex-best friend Bobby, he finds inspiration from his new friends Finnian, John & Chad. He also finds romance with a wonderful girlfriend, Arianna, at the biggest party of the year: TSIXS! Even with all that happens to him, his breakthrough finally comes from the most unexpected of sources; a soul from the past named Duke McClelland, who is on his own search for redemption, and who sends Colton on his quest for The Lighter Key! 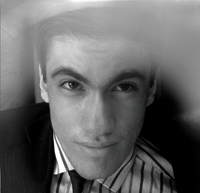 C.E. Schwab started writing at the age of 12, when he was inspired to write a fictitious novel about clones taking over the world. The story was 132 pages long and it had 37 chapters, but it wasn’t any good. Spurred by his failure, Schwab went on to write 1 more non-published story, A Thousand Yards and Three Quarters. He then wrote several non-published short stories, including Sepp and Brice, Summer of Learning, Driving for Paradise, Presence, On the Night of the Black Dawn, Stupid Fools, The Colton Bronson Effect, Volt, My Craziest Friend, Incandescent, Finnian, A Friend of Mine, Sometimes, Always Good Never Mean Keen, Candy Blue, and The Lighter Side, the inspiration for The Lighter Key. Charles Edward Schwab was born in Texas in 1998. Michael and Naomi Schwab adopted him shortly after his birth and brought him to their hometown of Westwood, New Jersey. Both Naomi and Michael taught Charles about how critical reading was in life, but surprisingly up until the fifth grade he despised reading and writing. His natural calling was originally drawing. He also has a house in Indiana, where he retreats to in order to write by himself and to evade the busy streets of Westwood.