The Land of My Father's Birth

Memoir of the Liberian Civil War 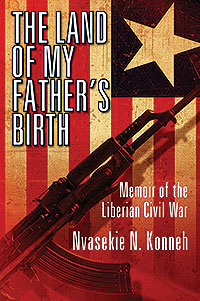 The Land of My Father's Birth

Memoir of the Liberian Civil War

A compelling narrative of the Liberian Civil War

The Land of My Father’s Birth is a memoir of war, survival, and adventure, spanning continents, from Liberia to the Ivory Coast; from United States to the Middle East and Europe. It is a personal story of surviving ethnic and religious persecution during the Liberian Civil War, as author Nvasekie Konneh, of mixed Mandingo and Mano heritage, fled from the advancing rebel forces of Charles Taylor. It is a story of courage, as Konneh sought refuge in Abidjan, Ivory Coast, where he met and befriended the daughter of the country’s first military leader, Robert Guei. It is a story of reinvention, as Konneh comes to the United States, joined the US Navy, and is stationed on board the USS Detroit during which the ship is deployed in the Middle East and Europe making port visits to Haifa/Jerusalem, Dubai, Paris, and Dakar. It is a celebration of ethnic and religious diversity, a call to embrace differences in times of war and peace from a social activist who has been writing for social cultural enlightenment since the early 1990s. For those to whom the idea of living through a civil war is unimaginable, this book is an eye-opening revelation. For those who lived through or observed it at first hand, Konneh provides an insightful, panoramic view of the experiences he and his countrymen shared. The greatest tales of adventure are those lived by real people in challenging times: The Land of My Father’s Birth is a thrilling and enlightening saga for all readers. 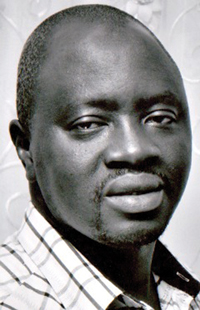 Nvasekie N. Konneh is a Liberian writer, award-winning poet, magazine publisher, and community and cultural activist whose works have been widely published in Liberian newspapers, and on websites in Liberia, the US, and Europe. He emigrated to the US in 1995. Konneh served with the US Navy on board the USS Detroit and USS Dwight D. Eisenhower. His last deployment on board the USS Detroit was part of the Operation Desert Fox, the American-British military operation against the regime of Saddam Hussein in December 1998.