The Adventures of Buddy Schmitz 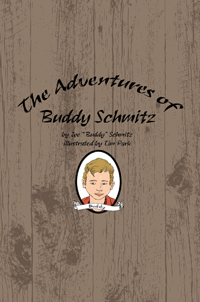 The Adventures of Buddy Schmitz

Joe “Buddy” Schmitz was born Deaf in Nebraska to a farming family, the youngest of four children. (His brother and two sisters are all hearing.) He attended the Nebraska School for the Deaf and, later, Gallaudet University in Washington, DC. His native language is American Sign Language (ASL); he learned to read and write English at school. This book is half a memoir of growing up in rural Nebraska in the 1940s and half a mystery involving himself and three of his friends, set in that time period. The mystery is eventually solved by young Buddy and his three hearing friends, after many adventures, some of which are true (for instance, climbing the church bell tower). This book is appropriate for all ages; the mystery is about a death, there is no violence involved. The four children solve the mystery by using their own good sense and desire to do the right thing. The children also provide the adults in the story with a lesson in not jumping to conclusions. Joe hopes that people reading this book will be transported back in time to when rural families had little or no electricity and used an ice box instead of a refrigerator, etc. Both the memoir part of the book and the mystery show what farming families’ lives were like in that time and place. His life is somewhat different from what other rural, Midwestern people from that time period experienced because he was Deaf and faced unusual challenges, like making friends with people who don’t know ASL. 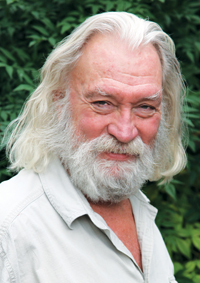 Now a retired teacher of the Deaf, Joe is married with two adult children (both Deaf) and three grandchildren (two of whom are Deaf). He lives in northern California, where he continues to enjoy teaching American Sign Language to hearing college students at his local community college, where he uses stories from his childhood to entertain and expand students’ understanding of ASL.