The Story of Jess & Anna 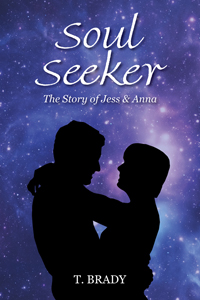 The Story of Jess & Anna

Keepers of the Way

Hey folks. This is a long time coming - twenty six years to complete. Between these pages lies more than a fiction novel. There is a message; the road to enlightenment is an open mind. In this novel, life’s veil of protection is lifted for two true mates - one religious, one spiritual. Spiritualism teaches us why we are here. Religion gives us a sense of security about the future. Those attuned know that how we treat each other determines the degree of enlightenment we obtain on this planet. Bluntly stated, we’re all in this together. The two main character’s directed purpose is to help earth's population rid themselves of apathy and discontent, and to help prepare for the Way.

Surveying the immediate area, Jess hesitated. "Because my thoughts turn to deeds, I want to approach this cautiously. I must think carefully. There's so much to consider—like where to wish us to.” Jess turned to Anna. “Any suggestions?" Anna gave his question thought. The wrong decision could be disastrous. Consequences could result in separation. She shook her head. "No. You decide." Jess returned to the same stony perch he’d previously occupied. So many changes had occurred since he’d last sat there. He was grateful that they were inadvertently happy ones. Anna wandered about, attempting to be silent while Jess thought out a plan. She seated herself at the southern base of a little sandy knoll to soak up the unnatural sunlight. If her brain was capable of receiving phantom sensations, she would willingly enjoy them. At some point in his pondering, Jess turned to search for her. Spying her position, his eyes focused on the mound of sand looming behind her. "Anna, don't sit there. I don't want us taking any chances. That sand pile behind you looks unstable." The hill began to quake. “Get up and come to me. Anna—get up now." She started to obey, but the loose sand began to slide violently as the last word left his lips. She was buried in seconds. "ANNA!" Jess jumped from his seated position and dove at the freshly formed pile. His hands dug like shovels, but more sand kept filling his efforts. He mindlessly dug, eventually gaining ground. Three minutes without air at most, he recalled. How long’s it been . . . one or two? Jess dug frantically, whipping sand behind him. There . . . one precious arm. He grabbed and pulled. No good. Dig more. Another arm . . . Anna's face. Thank God. Am I in time? He pulled Anna free. Her eyes were shut, dark lashes covered in fine granules. Limp and unconscious, he picked her up. "Oh, God, no!" Jess ran the short distance to the entrance of the cave. Anna's neck hung limply like the body of his counterpart. "Please, God. Don't take her from me now." Bearing his burden, Jess ran the length of the tunnel. Hot tears threatened to impede his vision. Driven by his goal to save Anna, he blinked them back, concentrating on reaching the white star. The frenzied young man ran up the white stairs, mounting them two at a time. Maintaining a dead run, he leaped upon the dais. He stood Anna on her feet to insure physical contact with the base. Encircling his arms beneath hers, he held her close, bearing her weight. His winded breaths blew her raven hair in wisps. The dais had proved it could heal. But could it bring Anna back? Earlier, Jess had experienced an inner peace at his own reuniting. Confident that the part of himself—hate and resentment—would not overpower him again, he proceeded with his only plan. Glancing down, his unchecked tears fell upon Anna’s precious face. The fear of discovering no breath kept his gaze from lingering. He squeezed both eyes shut and found himself yearning for the tiny faraway cabin, and the soft feather mattress. He opened his eyes and looked up to find the white light surrounding them. "Dear God, please," he prayed, as hot tears coursed down his beard-stubbled face. I'm affiliated with Outskirts Press. Use this link to let Outskirts Press help you publish your book. https://outskirtspress.com/agent.php?key=196474 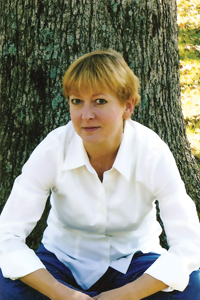 Born and raised in Lancaster, California’s Mojave Desert, she moved to Arkansas as a teen and currently resides outside of Yellville. Educated and employed in the medical profession, she is dedicated to a life of service to others whether in the form of care giving or writing and to working toward her own enlightenment. “Who am I?” she says. “Just another soul walking this earth in a magnificent shell called the human body, and every time I gaze up at the night’s starry sky I know there’s a bigger picture.” -