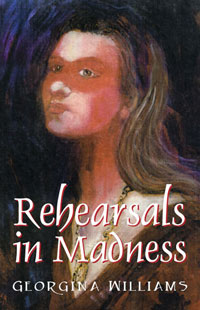 Expecting a new life she fled New Brunswick with her pimp (Beyond the Walls). She still suffered the effects of long-term childhood institutional violence. She spiraled downward into a life of slum-despair, jail and suicide attempts. Surrounded by alcoholism, prostitution and crime she wanders through a landscape of forlorn wreckage and the debris of other discarded lives.

Faint beacons of understanding and sanity from accidental encounters cast illumination into the almost inpenetratable darkness of her sordid and desperate life.

"Beyond the Walls" narrates the times of desperation, a direct result of eighteen years of systemic "Institutional" violence.

"Delcina's Tears" begins the narrative with the rape of a twelve year old Native girl, Delcina. It is the true story of physical, sexual, emotional and spiritual abuse and forced slave labour of two children (Delcina and her daughter, Georgina) which also represents the lives of countless thousands of children in other institutions in Canada all of which were within the jurisdiction of the Federal Government of Canada and a religious order of some type.

In 1999, Georgina Williams took the Religious Order of Good Shepherd Nuns, the Diocese of Saint John, New Brunswick and Bishop P.A. Bray to the Superior Court of New Brunswick. Justice John Turnbull declared her to be of “unsound mind” and none of this could happen in Canada. In June 2006, the Government of Canada finally issued a birth certificate to Georgina showing ‘mother unknown’, the final vicious, lacerating insult. The hope is Delcina will be recognized as a real person and in these books personal healing will continue. 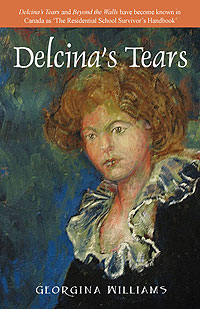 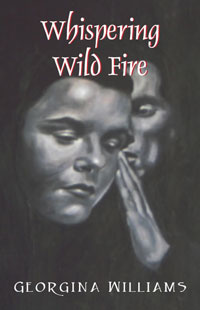