Just Get Over It, A DFTC Response To Niggers Like You 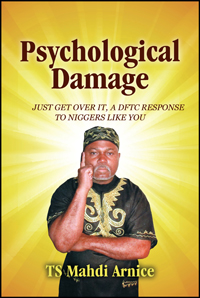 Just Get Over It, A DFTC Response To Niggers Like You

“I live a black man’s reality, which is dictated by a white ideology…”

So begins Psychological Damage, a book that takes a hard look at African-American progress…or the lack thereof. It examines the elements of fear, religion, education, leadership, and politics that contribute to the continued oppression of black people, and challenges the mindsets of persons, groups, and organizations that suggest black people themselves pose the greatest hindrance to their own progress. There are those who say the African-American community has overcome the past. And there are those who suggest that black people need to “just get over it” and stop blaming the white man for our ignorance, disunity, and behaviors that produce economic violence in the black community—to stop playing the victim. But there is no “getting over” anything that you do not comprehend. Change will only come if and when we enact a change of thought and direction—and there remains plenty of work still to be done. 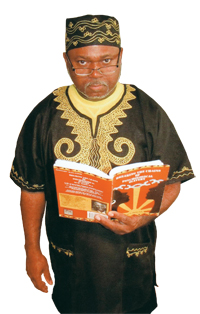 TS ARNICE was born in Chicago, Illinois, and attended school at Colman, Penn, Montifioria, and Mosley School for boys. At the age of 18, he was sentenced to three years at Green Bay Prison, in Green Bay, Wisconsin, where he had to make a choice between being down for the streets or down for the cause. In 1998, TS traveled to Africa and six years later founded the organization African-American Conscious (AAC), which was later renamed Down for the Cause. TS is also the author of a play, A Level Playing Field, a play about suing the government for the disenfranchisement of the African-American community, and he produced four documentaries, entitled St. Paul Street Level Volume I, II, III, and IV.