by James A. Cutchin 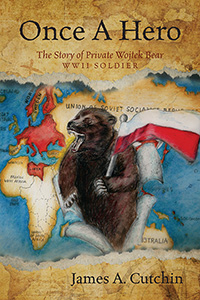 by James A. Cutchin

Standing 6’2” and weighing 600 lbs. Private Wojtek was the largest soldier in the Polish army. Saving hundreds of lives during the battle of Monte Cassion he also proved to be one of the bravest.

When Private Wotjek joined the Allied fight during World War II, his comrades could not imagine the impact his presence would have in the war. However, soon after his arrival, they realized what a valuable asset Wotjek would prove to be. There was only one small problem: Wotjek was a bear. “Once A Hero” is a historical novel of a Syrian brown bear cub that was orphaned and later, through serendipity, landed in the hands of Polish soldiers escaping the Soviet gulags. The tale is not only endearing, but also based on true events. The bear in the story is today honored and celebrated in several countries for his heroic actions during World War II. The story profiles the bear from birth to adulthood. The journey of a band of Polish soldiers is interwoven in the plot as they travel from their homes in war torn Europe, escape from the Siberian gulags, and travel through the Middle East into Africa. Eventually the paths of the bear and the soldiers cross, and the ten-pound cub is adopted as the troops’ mascot. “Once A Hero” is rich in historically and culturally accurate detail. The characters are well-developed and endearing. Vignettes of colorful escapades are written in a delightfully humorous tone keeping the reader entertained thought out.

It just so happened that about this time, Wojtek decided it would be nice to take a bath. The camp was quiet and dark, so there was little chance of him being disturbed. Upon entering the hut, Wojtek's keen sense of smell detected something different in the air. It was dark, but the hut had an open roof, and there was plenty of moonlight. He noticed what looked like a shadow in the corner of the hut. Wojtek stood on his hind legs, stretching his gigantic body to almost the top of the hut, and began walking in the direction of the shadow. Suddenly when Wojtek realized this was not one of the soldiers, he began to get very angry just as his mother would have done if she felt her cub was in danger. Wojtek flung his huge arms back and forth and let out a tempestuous roar that caused the mountains to tremble. The terrified spy began to scream in horror. The man had nowhere to run. Wojtek had him cornered. 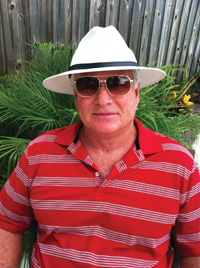 James A. Cutchin grew up in a rural neighborhood in the Florida panhandle. He received his B.S. in social science from Florida State University and completed a hitch in the Army which included a tour of duty in Viet Nam. Upon his discharge from the Army James moved to Hawaii where he spent the next several years as a successful entrepreneur in the resort industry. After thirty-five years he has returned to the panhandle of Florida to retire and continue writing. James has traveled to more than 100 countries and combines his passion for writing, travel and love of history to bring stories to print that beg to be shared by a modern-day audience.