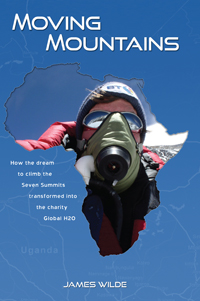 The story of how my dream to climb the seven continental summits transformed into providing clean drinking water to the people of northern Uganda. In 2010, I set out to climb Everest from the north side and to complete the seven summits (climbing to the summit of the highest peak on every continent). During my training in the Himalaya, I discovered the water crisis and it changed me. It was then in 2009 when I fell ill with dysentery on Cho Oyu, forcing me to turn back on my attempt to reach the 6th highest peak on the planet. During the time I was sick, I encountered what most people without clean water experience on a regular basis. Upon my return home to Munich, I dedicated my climb of Everest to the water crisis and founded a 501(c)3 entity in the USA. I focused an entire year of my life on reaching the highest point on the planet and creating an all-volunteer organization with the goal to provide clean drinking water to the people in northern Uganda. What was originally a personal goal became a quest to deliver clean drinking water to the thirsty millions in war-stricken northern Uganda. Through this story, the charity, Global H2O, was born. 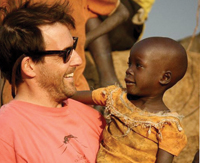 James is a career expatriate, having worked for the majority of his career in Strategy and Finance. His most recent position was Chief Strategy Officer of Angola Telecom, based in Luanda, Angola. Having worked his way up from the lowest level analyst roles, James has made his way to more senior positions such as Director of Finance in Latin America or Operations Director for the Global Wholesale Business at British Telecom. James has an MBA in International Business and Finance and Bachelor degrees in Journalism/Marketing as well as Business Administration. He speaks English, German, French, Russian, and Portuguese as a result of living / working in the USA, France, Austria, Germany, Brazil and Russia. When not hard at work, you can find James concentrating on growing the non-profit Global H2O.