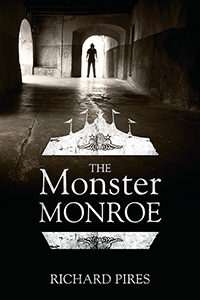 Steven Fisher is about to be sent off to fight in World War II, but his patriotic zeal is tempered by a series of nightmares. He realizes that his psyche is trying to remind him of something—a promise he made to a deformed World War I veteran who saved his life years earlier. Steven looks back on his past, rediscovering his childhood and reflecting on the horrifying events that brought him face-to-face with pure evil in the summer of 1928 in his small town. As a 13-year-old, Steven is enamored by the local legend, The Monster Monroe, who lives alone in a big house and wears a mask to cover his hideously mangled face. Monroe works as a freak at a carnival in the city and drinks to escape the pain his life has become. He also documents his life in his memoirs—the mistakes he made and the love he lost—in an attempt to reconnect with his daughter, long absent from his life. And when a sadistic murderer begins to kill young boys, Monroe is the perfect scapegoat. THE MONSTER MONROE, a period drama, centers around one fateful summer of a young man’s life. It’s a powerful debut novel—a page-turner that packs a powerful emotional punch.

Richard Pires was born and raised in a small town in Northern California where there was little to do but use one’s imagination. He has been writing for ten years professionally, and The Monster Monroe is his first novel. 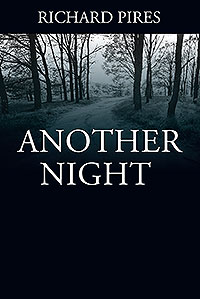