Every Knock Is a Boost: Book Two, The Reproductive, Productive, and Reflective Years – Memoirs of a 20th Century Psychoanalyst 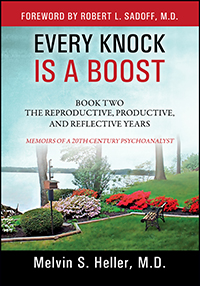 Every Knock Is a Boost: Book Two, The Reproductive, Productive, and Reflective Years – Memoirs of a 20th Century Psychoanalyst

In Every Knock is a Boost: Book One, The Developmental Years – Memoirs of a 20th Century Psychoanalyst, the author described his early life from birth in 1922 to completion of his surgical internship in 1949. Here in Book Two, subtitled The Reproductive, Productive, and Reflective Years, is the rest of his story. Still writing with warmth, wit, and a prodigious memory at age ninety-three, this retired psychoanalyst, physician, and professor of psychiatry describes his personal and family life, as well as professional work, in candid, insightful, and intimate detail. He records his early academic career as a pioneer in providing university-affiliated clinical services in the development of the modern medical subspecialty of forensic psychiatry. Also described is his private practice as psychiatric consultant to courts, prisons, and ABC TV’s Department of Broadcast Standards on the depiction of violence and other issues of public concern. In the final chapters of a life that has spanned most of the 20th century and the first fifteen years of the 21st, the author shares his elder wisdom and experienced clinical perspective at the troubled interface of our criminal justice and mental health systems. He discusses the psychological legacy of our ongoing developmental struggles with such uniquely human feelings as shame, blame, and guilt, as well as our similarly unique concepts of truth, justice, and the hard fact of the inevitable physical mortality that awaits every individual creature and living thing that grows upon this planet. The author gives us interesting, tasty, and generous food for thought as we continue our human struggle to achieve equal opportunity, fair play, peace, and prosperity on this planet that each of us inhabits for only an instant in cosmic time. 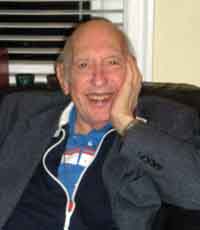 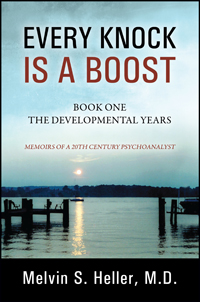