LIFE: Getting Over It 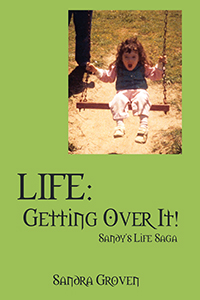 LIFE: Getting Over It

SAN FRANCISCO STREET KID: (Grandma was a hooker. Mama was gay. Daddy was a womanizer, is in Guinness, and Ripley's believe it or not) LEARNS TO GET OVER IT?

SAN FRANCISCO STREET KID: (GRANDMA WAS A HOOKER, MAMA WAS GAY, DADDY WAS A WOMANINZER, IS IN GUINNESS AND RIPLEY’S BELIEVE IT OR NOT) LEARNS TO GET OVER IT! Do you have skeletons in your family closet that bang on the door to escape? Has anyone ever broken your heart? Have you ever been locked away? Have you ever been rejected? As a young teen did you have a child out of wedlock? Have you ever been sexually compromised? Have you ever just wanted to give it all up and die? Has an untimely death robbed you of a child, or family member? Have you ever felt like a defeated parent? All of the above has happened to me... and more. My step-mother in a very matter of fact manner tells me “Your sister was born to replace you. You have been replaced so get over it.” Sometimes new children utterly take the place of old children, who are now out of sight, out of mind. So how did this make me feel? Like she had hit the delete button. Poof! I was gone. If you are like me, you might ask, “How do you just ‘get over it?” Perhaps you have not gotten over it even after decades have gone by. Have you ever been trying to comfort someone and found yourself saying, “Been there, done that!” You are not alone. Be encouraged by stories of angel interventions, spiritual encounters, along with divine appointed acts of kindness, that helped me GET OVER IT and on with LIFE. 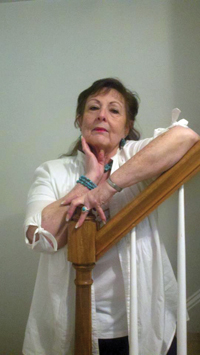 Sandy is retired from the Government, and works part-time as a substitute aide in school. She lives in Richmond, Virginia with her two cats, Gunther and Fluffy. She enjoys having four generations together cooking family recipes, sewing and doing crafts.