Exercising Our English Language, Our 'Flexicon' 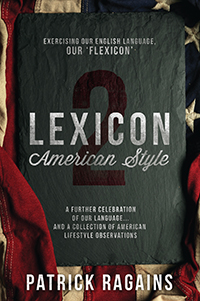 Exercising Our English Language, Our 'Flexicon'

From Acronyms to Zombies…

COULD IT BE ANY LESS FUN, LAUGHABLE AND POISED? In my last book I wrote about words within words that supported the theme of the larger word. Well, I also am struck by words within words that go completely against this meaning. For instance, why is the word ‘fun’ in the word ‘funeral’? I can’t think of a consistently less fun place to be. I think instead of ‘funeral’, it would more appropriately be called a ‘miseral’ or a ‘mourneral’. How wrong is it for the word ‘slaughter’ to contain the word ‘laughter’? I’ve got to believe that such a heinous event is one of the least jovial moments ever. And isn’t it ironic that one of the most difficult times to remain ‘poised’ is when you discover that you’ve just been ‘poisoned’. SOUNDS RIGHT TO ME. Could there possibly be a better word for a person who repeatedly gains and loses lots of weight than the word, ‘fluctuate’? (flux-you-weight) Ironic that driving your vehicle in a ‘reckless’ manner rarely leaves you in ‘wreckless’ state. When carnival workers tear down the tents, rides and booths are they being ‘unfair’? When someone uses the term ‘belie’ with you, then they most likely ‘be-lying’ to you. It’s ironic that the word ‘unkempt’ is cluttered by the presence of a quite unnecessary ‘m’…why can’t we just say ‘unkept’? I think ‘euthanasia’ is a terrible word for killing a person to end their suffering…when logically it should mean ‘the youth in Asia’. Do cokeheads tend to act ‘coquetish’? Over applying a ‘fragrance’ on purpose is truly a ‘flagrant’ act. Shouldn’t any asparagus that’s left over from a meal just be called ‘sparagus’? I don’t know how a walk, run, jog, saunter, stroll or jig turns into a ‘traipse’ but I’m pretty sure the last place you want to traipse is on a ‘trapeze’. Do traveling lacrosse (lax) teams tend to favor Los Angeles Airport (LAX)? Navy battleships and destroyers that conduct religious services on-board engage in ‘warship worship.’ I find it ironic that ‘cancer’ rhymes with ‘answer’…when after all this time and money, the cure for many forms of cancer still goes unanswered. I don’t mind that words often have more than one meaning…but when two of their meanings are the complete opposite, I get a bit annoyed. I’m pretty sure that nobody feels the least bit mighty ‘fine’ when they are levied a mighty ‘fine’. This is also true of the word ‘funk’…how many people listen to ‘funk’ to get them out of their ‘funk’? I really hope that whoever decided to name an adult female pig a ‘sow’ had no idea we had another species called a ‘cow’. If you grew up with a female sibling who was your arch rival, then you truly had a ‘nemeSis’. Or if she was your total opposite then she truly was your ‘antitheSis’. How cool and interesting are most ‘zz’ words? Take the simple ones like ‘buzz, fizz, jazz, jizz, snazzy, dizzy, fuzzy, skuzzy and spazzy’ for example…then there’s, ‘frazzle, fizzle, sizzle, drizzle, dazzle, nozzle, guzzle, muzzle, nuzzle, puzzle and pizzaz’…and finally there’s ‘blizzard, buzzard, embezzle and mezzanine...and, of course ‘Pizza!!’. These words with ‘zz’ are lively and energetic; however, when you add that third ‘z’, it all just becomes quite sedate…’zzz’…yawn. Why did we come up with a word to describe made-up stories (‘fiction’) instead of a word for real, fact-based ones? It seems so simple to just call factual, historical stories ‘faction’ and all invented stories ‘non-faction’’ or, better yet, ‘faketion’. Calling my material ‘non-fiction’ seems misleading to me and makes it sound not real. Although in my case, much of my writing could be classified as ‘fantasy’….Ha ha! And, if someone writes fiction that is particularly irritating and abrasive to its reader, shouldn’t it be called ‘friction’?

A 'word nerd' who is anything but serious best describes author Ragains. From honors English to journalism to advertising to aspiring lexicographer, he has always held an irreverent humorous fascination with our language and our American lifestyle. Ragains remains in West Michigan where he was born and raised. A graduate of MSU, he is a divorced father of two sons and currently licensed as a realtor. 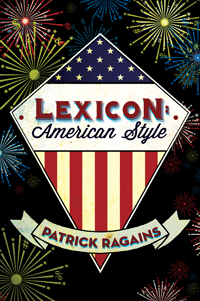