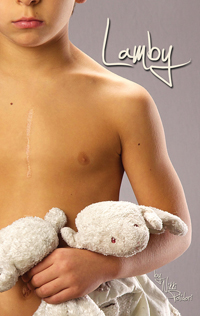 Hind sight makes many issues clearer; however, intuition is what kept him alive.

Lamby is a true story of a mother's struggle, with an often twisted health care system, to find out what was causing her infant son to be ill. From the day after his birth, Dylan had a barking cough; not normal for an adult let alone a newborn. With countless trips to multiple pediatricians, as well as a handful of specialists, all within Dylan's first few months of life, Dylan's mother, Nikki, heard conflicting diagnoses. Still nothing the doctors were doing was making her son better. He often stopped breathing, although for only seconds and would barely feed enough to stay hydrated while sometimes vomiting over 30 times in a single day. Nikki used the most powerful tool a parent has to push through the medical system to find an answer. Her background in nursing might have been one component to the nonacceptance of multiple diagnoses, but her intuition led the way, trumping radiologic scans and physician recommendations. The story takes place over the first four years of her son's life, recalling the events of his amazing yet frustrating journey from struggling to eat and breathe to the countless medical errors that occurred at a one of the top-ranked hospitals in this country to the legal cover-up that silently admitted it all; The result being an amazing four year old boy who had a chance to begin a new life after finding his "miracle" in an unexpected place.

"This is the guilt and sadness that I live with each day, feeling now that I let my child down by not taking the situation into my own hands as I wanted to. You try to respect the professionals and work with them, but sometimes a mother's gut feeling and 24-7 observations are worth more than a medical degree! Hopefully, you will look "outside the box" when another mother reaches out to you for help. We all know the outcome could have been much different had I not fought." - Dylan's Mom

Nicole Polidori received her BSN degree from Georgetown University School of Nursing and holds a Master's Degree in Nursing from NYU. She has offered advice and assistance to a number of friends and family who have stumbled through the sometimes confusing medical system. ALL NET PROCEEDS FROM THE SALE OF THE BOOK WILL BE DONATED TO THE CHILDREN'S HEART FOUNDATION. PLEASE CONSIDER SUPPORTING THIS CAUSE!