The Journey of a Judge 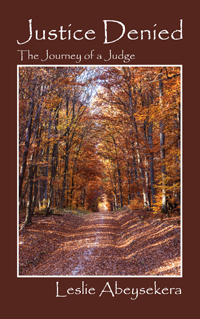 The Journey of a Judge

Denial of Justice - A Judge’s Journey

The author of JUSTICE DENIED attempts to weave the story of his life around the maze and mayhem of the judicial system that prevailed in Sri Lanka during the latter half of the last century, which he sadly believes will go on for ever, despite a rapidly changing world, despite the carnage of insurrection and, despite the ravages of war. He has written this book in the peace and solitude of America in the spirit of the glass that is half full and the cloud that always has a silver lining. He has encapsulated the resilience of a people who have been denied justice by delay and the decadence of a legal profession that seems to be immune to change. This telling indictment against a decrepit system that is designed to deny justice will reveal to those living in the United States the bounty of the justice they enjoy that respects the Rule of Law, that affords its citizens the essence of Natural Justice, that ensures that equal justice is delivered to all. 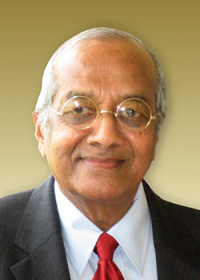 Leslie Abeysekera has lived and worked through the hierarchy of the judicial system of Sri Lanka from 1974 to 1995. Having started as a Magistrate, he was a Judge of the High Court when he retired. He is a Master of Laws of the University of Colombo and has been a Vice President of the Commonwealth Magistrates and Judges Association for about ten years. After retiring from judicial service, he managed Legal Aid in Sri Lanka and worked tirelessly for the legal welfare of the prisoner. He sat as a commercial Arbitrator until his departure from Sri Lanka. He also wrote about the process of arbitration which he admired as an acceptable means of alternative dispute resolution, and taught the subject. He is married and has a son and daughter who live and work in the United States where he hopes to spend the evening of his life with his wife. He is proud to be the grandfather of four adorable grandkids.