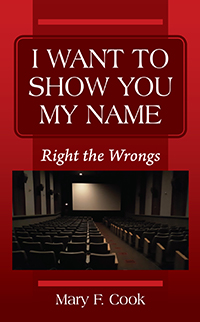 They say it was Suicide, but I know it was Murder.

This is a fact base story of love and friendship between friends and the depths that they would go in order to protect one another. The death of a childhood sweetheart turns, a well-planned Christmas Holiday, with hopes of a date at the movies on New Year’s Day to rekindle their love relationship, into a nightmare for one of the friends. Immediately, throwing her into a ‘Revenge and Justice’ mood; Not only for the loss of her beloved sweetheart, but for anyone who had been mistreated unjustly. Therefore, she had to reach back into her well hidden ‘Walk on the Wild Side’ past in order to get this Justice. By doing this it made the pain of her loss more bearable and also gave her great joy and gratification that she was ‘Righting the Wrongs’ of the past for someone else as well. So, on New Year’s Day, instead of going to the movies with her childhood sweetheart as was planned; she was attending his funeral.

Mary is a Film Industry & Entertainment Hair Designer-Hairstylist with great faith and comes from a very humbling, Christian background. This is her 2nd published book. She is the mother of two children and resides in Manhattan, New York.