In The Name Of Jesus 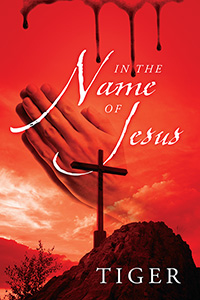 In The Name Of Jesus

When good and evil become indistinguishable

Following Tommy’s triumph in the light heavyweight kickboxing championship, he envisioned his life being on the upswing. Tragically chronic back pain forced him to retire and an ensuing divorce turns Tommy’s world upside down. Unable to find relief for the resulting physical and mental pain, he ventures to Asia in search of a new life in an attempt to find answers and gain perspective. In his sixth year overseas, he receives what he perceives as the answer to his prayers, a job teaching at a Christian Missionary school. Since the prior twenty years had been one seeking God and now expecting to find people who seek to help those who are less fortunate, he is shocked at what he found. Instead of love, caring and compassion, he finds pride, envy, and hate. To complicate matters he is made aware of the reason for his chronic back pain when he is diagnosed with an incurable blood and bone cancer. It was during Tommy’s most challenging time when the cancer had eaten four inches from his vertebra and ravaged him of thirty pounds that the school’s head master (Dickie) promised that he would always have a job and insurance until his eventual demise. This promise quickly lost the support of the school’s board which led Dickie to try and get rid of Tommy any way he could. Their measures caused a divorce, taking his job as well as his insurance and leaving him half way around the world with little hope. In an ensuing conversation with an old friend from England, he divulges many of the notes he had written during the ordeal. Tony who was a brilliant educator then suggested that Tommy use the writings made during the ordeal be put together in a book. Armed with the hope of some type of justice, Tommy finds motivation to fight back and be heard. This is the account of his observations and thoughts during these turbulent years.

Tiger received his bachelors at McNeese State and his post graduate at WCU. He has 20 years teaching experience with 15 being in Asia. He taught in Taiwan, Korea, and Thailand where he has worked in several capacities and achieved the positions of principal, curriculum coordinator, teacher trainer, as well as an instructor.