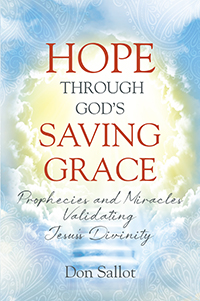 God gave us prophecies to identify the Messiah. It is estimated that there were 200+ million people alive in the world in A.D. 33 – the year Jesus died. One male out of the 200 + million people in A.D. 33 would have had to die that year by crucifixion, be of Jewish descent from King David, be born in Bethlehem, healed others and performed miracles. During the prophesied week of Jesus’s crucifixion, Jesus was to ride into Jerusalem on a colt, be rejected by the leaders, betrayed by one of his disciples for 30 pieces of silver, hands and feet pierced, crucified on the cross, had no bones broken, died, buried, and resurrected from the dead on the third day fulfilling the prophecies of the old testament with the Holy Bible. Out of the 300+ prophecies fulfilled by Jesus Christ I have included a number of those prophecies. A prophecy fulfilled is when a prediction is made in the past and fulfilled in the future. The prophecies that were fulfilled by Jesus were prophesied more than a thousand years before Jesus was born. If Jesus failed to fulfill even one prophecy then he is not Christ. Since Jesus did fulfill the prophecies, the only conclusion is that he really is the Christ and the Messiah foretold. A prophet has to be 100% right 100% of the time to be a true prophet. 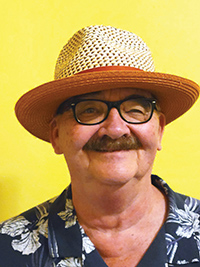 Don does have his Th.D. and is a lifelong student of theology and biblical scripture. Don has decided use his knowledge for this book and move into writing a Christian book to help people to understand Jesus’s message and prophecies fulfilled. Don co-owns and operates a technology consulting company with his wife Kathy. Don is a veteran and was a US Navy Hospital Corpsman from 1964 - 1967. This book is dedicated to anyone looking for Hope.