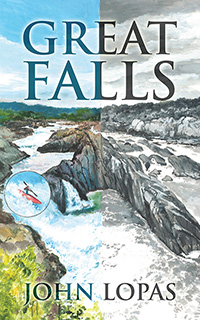 An accident sends Dakota to the past; a modern gadget threatens his future.

Great Falls National Park, Virginia: Dakota Wesley drops his kayak into the river’s shallow edge. Below him the waterfalls roar in a maelstrom of nature’s fury. Shaking off last-second jitters, he peels out into the Potomac’s chilly waters, the fast current sweeping his boat downstream and into the realm of no turning back…chasing the big whitewater thrill. But then something goes terribly wrong. When he comes to, Dakota finds that his modern surroundings have vanished. Instead, he discovers the Virginia landscape of an era long past—nearly 150 years earlier—a time torn by civil war. In order to survive, he joins another man’s desperate plight, and together they fend off starvation, foraging parties, and locals who question Dakota’s identity. Desperate to return to his future, Dakota finds hope in the form of a modern gadget, one that can change his fortunes. But it may also lead to his demise… Expertly weaving a passion for the great outdoors with historical events, Great Falls is a unique and compelling new novel of unexpected journeys and chance encounters. 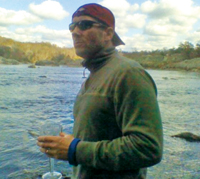 John Lopas pursues his passions with an imaginative mind that incorporates his love of art, music, history, and literature. While whitewater kayaking the Potomac River and its tributaries, as well as exploring and hiking through Virginia and Maryland, he found the perfect backdrop for an encompassing tale along the Potomac River in the greater Washington D.C. area. John lives with his wife and two cats in the Baltimore area and is working on his next novel in the series. 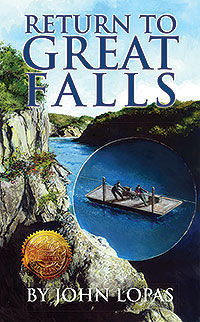