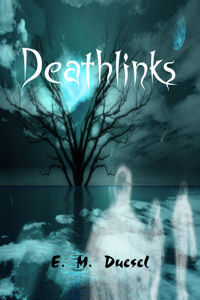 Evil explodes as the world come to an end

Deathlinks is a wild ride from beginning to end chocked full of rich characterizations and riveting plot twists. It is a novel based upon spirituality that is seldom recognized by conventional churches. It promotes the idea that the sixth sense is a gift from God, and in the End Times He uses those who possess this gift for His purpose. The author captures the life of Emily Walker as she endures darkness and disappointment over an existence spent in obedience to the Creator. But before He sanctions a tragedy that alters her life’s journey, the reader is drawn into intense portrayals, bonding them to the characters and inspiring an everlasting relationship with them. It’s the kind every novel enthusiast seeks; the kind that lingers for a good long while after the book is over and done. In the aftermath of metaphysical correlation and plot developments, Emily morphs into a medium with a wicked sixth sense. This ability is meant to communicate with those less fortunate souls who died before their time without taking into consideration their own gifts and their true purpose in life. Emily’s direction is clear; to use her sixth sense to bring lost souls back to God. But before these souls can enter into His holy grace, they have to save the soul of another ready to make the same mistake. When they succeed, they become Deathlinks or invincible soldiers against Lucifer, the fallen angel. But this task is daunting and must be executed at just the right time. Sticky situations abound and involve certain battle with wicked servants of Satan. Satan uses typical human weakness to sculpt his own disciples and Lucifer himself is integrated into the plot while specters unlike any seen by ordinary beings are hell bent on the destruction of the Deathlinks and their companions. Evil stalks Emily to bring her down. She discovers others who have suffered certain devastation and profound loss in their own lives, some harder than her own. But through tenacity and virtue they walk beside her. The reader is made privy to each character’s time of tribulation and each is tormented by life’s unimaginable horrors sanctioned by God, but executed by the enemy. These experiences make them stronger. Emily, along with other mediums and their Deathlinks persist to the final days. What happens next is the culmination of an array of human qualities portrayed by the characters in full blown defense of goodness and a rise of strength in spite of their past failings. The book allows for reflection upon the world and how individuals affect the ills of society. It supports the notion that every person connects with others throughout a generation and each decision, every action produces a ripple effect that transcends personal consequences and spills into other lifetimes. Our lives are not our own, but belong to the universe and its future. Who we choose to be, what we do, and how we live influences the society in which we live. In true reality, purity is power.

Bentley was concealed by a thick hibiscus bush as he watched Sally and Emily excitedly enter the big, white doors to rehearsal. Something wild possessed him every time he saw Emily; her slender frame, her eyes, her sweetness. He lay awake at night pretending to have her. "She wants me, too. I know it. I’m sure of it." During his private, passionate moments, he had trouble distinguishing between reality and the lust he allowed to build up in his body. It was welling up inside him again. Just thinking about her made him feverish. He couldn't stop the thoughts of all the things he wanted to do to her. Even more provoking was the need to own her. He needed to control her. Aside from the animal in him that wanted her, the essential drive to manipulate his victim came from deep within his spirit. He didn’t know where this uncontrollable passion and need for domination came from, but he had to have her and he knew just how he was going to get her. 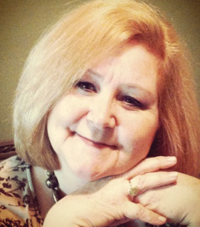 E.M. Duesel is a Sociologist and writer. She has a Masters Degree in Applied Social Research and uses qualitative methods to enhance her writing research. Her novels are an artistic reflection of reality. Deathlinks introduces an idea, which may be repulsive to some Christian sensitivities, that our souls can be redeemed after death and with the assistance of people who possess the gift of speaking to the dead. E. M. Duesel brings thinking outside the box to new levels.