Cooking Up Your Dreams

The beginning of one man’s journey from cooking T.V. dinners to cooking dinners on T.V. 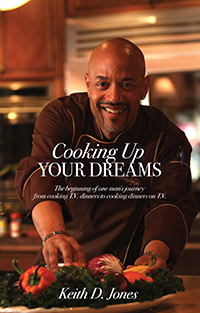 Cooking Up Your Dreams

The beginning of one man’s journey from cooking T.V. dinners to cooking dinners on T.V.

One Key Ingredient to Personal and Professional Success

Cooking Up Your Dreams is a motivational/inspirational book that shares how my passion for cooking evolved into my DREAM...something that I absolutely love to do! If you don't HAVE ONE then GET ONE! It will be one of the best things you can do for yourself. 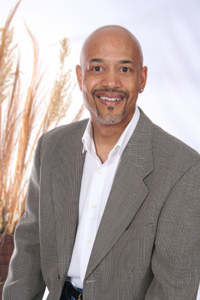 Keith Jones is an energetic and capitaving chef. He feeds all the senses with his magnanimous personality and "Eatertainment" demonstrations. As owner of Chef's Secrets, Keith has done many prestigious events; Republican and Democractic Conventions, 2002 Winter Olympics, National Restaurant Association Convention, Houston Rodeo, Grapevine Grapefest, Girl Scouts and Junior League "Kids in the Kitchen", Kitchen and Bath Industry Salon and the 2007 Epicurean Escape in Jamaica just to name a few. He's been the featured chef on the YES Network's Superbowl preview show, KUSA-TV (NBC), KCNC-TV (CBS), KMGH-TV (ABC), KDVR-TV(FOX), KBDI-TV (PBS) and Glo Neal's radio morning show on Sassy107. He recently fulfilled one of his dreams with the airing of his T.V. series the "Champagne Chef" (Japan and South Korea). Keith currently travels across the country serving as guest chef for various events, chef trainer for commercial and residential appliances, and motivational speaker at culinary schools. He's also in production of his next television series. Cooking Up Your Dreams is a fun read that taps into one of the KEY ingredients to professional and personal success. It's the first in a series of recent pursuits, with work progressing quickly on the follow-up.