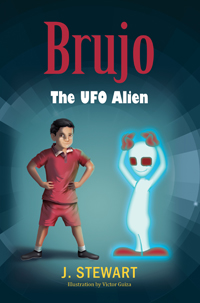 A Top Secret Air Force base hanger was on full alert searching for an escaped alien body that had somehow survived the spaceship crash. Men in black and armed military jeeps were lighting the secret area with spot lights to find the unknown dead body that was now alive and running in the dark. Several miles down the hill from the secret base ran a short creature with long white fibers that glowed blue every five seconds. His long arms with red claws interlocked over his head every three steps to glide above the ground for five seconds. Brujo, the name he would be given by a local boy, stopped with a loud yell sounding screath amid glide and pierced his bright red eyes back towards the hanger. He followed with a second high pitch screath carried into the wind towards the base hoping for a returned screath. Brujo listened hoping his co-back Leffler had also survived the spaceship crash and also escaped from the secret hanger. Brujo released a final sad screath into the night wind and quickly ran his one, two, three steps interlocked his clawed hands and glided in a blue haze for five seconds towards town. He floated in a five, three, five rhythm until he reached the first house on the hill from the secret base. Brujo stared at the house high on hill by a ravine and noticed a glass portal on the side of the home. His red eyes scanned through the big picture window and fixed upon a white cloudy figure playing a large grand piano. He yelped a silent screath and thought what kind of creature is this and can it lead me to my earthly invitee known as “with love”. 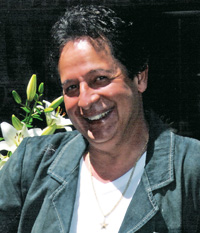 J. STEWART, a life long storyteller sends you the first in a series of Brujo the lovable alien that escaped from the air force hanger to find “with love”. The writer has used himself as a child character named Robert from west Texas. So the stories are from a warm heart bound between the author, Robert and Brujo the alien, a real story with a maybe real alien.