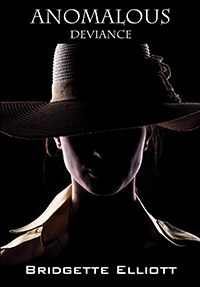 This novel gives a gripping, raw and tantalizing account of the journey of an uncommon woman named Liachi. Sex, abnormal desire, date rape, poverty, murder, real love, redemption and power were thrown into the literary pot, stirred briskly and what came out was a tasty succulent stew. Despite being considered weird at birth, ate out of restaurant dumpsters as a teenager, became a victim at the hands of a sexual deviant man, received threats on her life that lead to murder as an adult, Liachi transcended to become a powerful woman.

Bridgette Elliott is an author and screenwriter. Elliott’s experience in television includes TV host, model, assistant television producer, event coordinator/director and advertising/marketing/sales representative. Elliott was featured in Success South Florida 2010 Magazine’s 25 Most Prominent & Influential Black Women along with articles in the Miami Herald, South Florida Times Newspaper and South Florida Business Journal. You can also read about Elliott’s charity work in the Pompano Today Newspaper and Program Success Magazine. Elliott served as a Board of Director for various organizations. Elliott’s schedule includes appearances at book signing events, speaking engagements and answering questions posed to her from the public when she is interviewed by radio and television hosts. The Anomalous Deviance media treatment and screenplay are available for review by producers, potential financiers, studios and production partners. You are invited to communicate with the author at customerservice@anomalousdeviance.com