Vera Pilgrim and the Ritual of the Dolphins 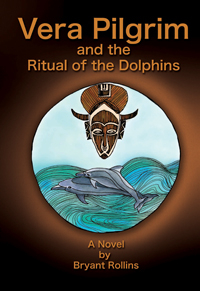 Vera Pilgrim and the Ritual of the Dolphins

Illuminations of a Divinely Ordained Presidency

Vera Pilgrim and the Ritual of the Dolphins traces the life of a 43-year-old African American leader involved in the U.S. Civil Rights Movement. It is an epic survey that spans history, as Vera's life engages episodes that range from the African slave trade to the contemporary challenges of an increasingly multicultural America. Vera has survived an abusive childhood to become a charismatic national leader. She heads a cast of indelible characters. Parallels between Vera and Sojourner Truth, the 19th-century abolitionist and feminist, are central to the novel’s mythic dimension. So are the two compelling dolphins Vera encounters, and the ancient ritual they are destined to fulfill together. Vera is an archetypal figure who engages historical and fictional people and situations. Vera Pilgrim vividly brings back the 1960s, its music, the political tensions of the Movement, the dramatic force of marches and rallies. Elements of magical realism against a backdrop of myth produce an uplifting conclusion.

Excerpt from a Review This book tells the rich and complex stories of compelling, relatable characters whose journeys of interpersonal and spiritual growth are woven across the historical stage of the Civil Rights Movement, from the intense battles of the 1960s, through the present day. Rollins reminds us that race relations in America were not magically fixed 50 years ago, and that skin color and culture continue to be powerful, often divisive, forces that we all live with today. He writes beautifully about the joy and pain of humanity, skillfully blending metaphor and tradition with hard historical facts that should never be forgotten, exploring mythology and metaphysics while remaining solidly rooted in the very real struggles that all of us face. Abraham Schroeder 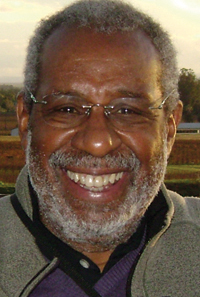 Bryant Rollins is a former Editor with The New York Times, and was nominated for a Pulitzer Prize when he was a columnist with The Boston Globe. His prior books include the novel Danger Song, published by Doubleday; the co-authored autobiography of entertainer Cab Calloway,Of Minnie the Moocher and Me, published by TY Crowell; and Within, a self-published book of poetry. He wrote the narrative for the play RIOT!, which won an OBIE as the off-Broadway Play of the Year in 1969. He is an entrepreneur, partnering with his wife Shirley Stetson as consultants on issues of race and other cultural dynamics. They live in Jacksonville, FL. As a writer, Bryant is devoted to exploring the beauty and power of myth to challenge narrow perceptions of reality, expanding human consciousness to deepen the capacity of individuals and societies to heal from within.