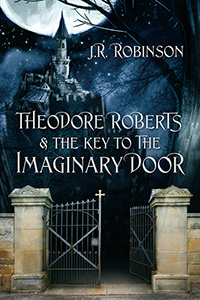 A tale for the child within us all.

When we meet Theodore “Teddy” Roberts, he is on the verge of crossing over to the world of grown-ups. His childlike imagination is fading with every passing year, his once grand and wondrous adventures are fewer and further between, and the powers and secrets that once came so easily to him are slowly drifting away. Yet there is a grand world within Teddy that has been waiting patiently—if only he can unlock the door that only the truest believers can open. His curiosity getting the better of him, Teddy enters the land of imagination and his destiny unfurls: to save the magical creatures who call it home. Along the way he discovers the secrets that have entwined his own family to the magic that lies within the golden gates. This will be the journey of a lifetime—to correct the mistakes made so long ago, to understand and hopefully save his own powers of imagination before the door closes forever… Theodore Roberts and the Key to the Imaginary Door is a fantasy/adventure novel that celebrates the glory of imagination as its young hero journeys to a wondrous world—a world where dreams are born, magic is commonplace, and childlike hearts are rediscovered. 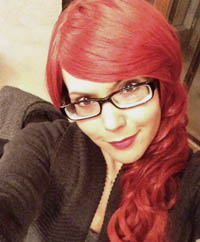 J.R. Robinson lives in Northern California with her epic husband and rock star daughter. Raised in the lower part of Michigan in the town of Monroe, she was an only child throughout much of her adolescence, a latchkey kid who learned the true magic and power of the imagination. A writer since the age of nine and a teller of many tales, J.R. Robinson is a believer, above all else. 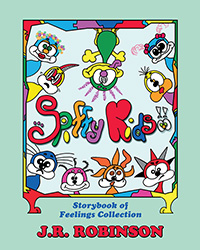