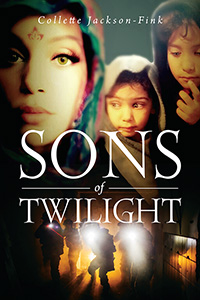 Indulge Yourself in the Fantasy.

It began with the debut of Daughters of Twilight, when a mysterious object came out of the ground in a small Midwestern city, throwing the residents’ lives into chaos. Soldiers, local law enforcement, and government scientists were soon deployed to the site. Amidst the confusion and terror, a romance began between one of the soldiers and one of the supernatural beings who used the mysterious object as a doorway to the human world—and the result is a fast-paced tale of an unlikely love between a man of earth and a war angel. The trilogy continues in Sons of Twilight, with gripping suspense and unexpected twists and turns that do not allow a moment’s rest. This gripping, hardcore fantasy promises to engross readers to the last page…and beyond!

Collette Jackson-Fink has been writing since she was 13 years old. A Persian Gulf veteran, Collette works as a respiratory therapist at a trauma center in her home state of Iowa with her husband, Ron. Sons of Twilight is the second novel of a trilogy. 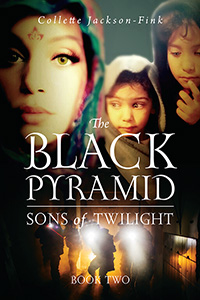