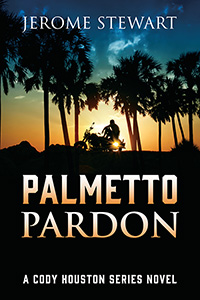 Cody Houston is a lean, rugged loner—an independent, free-spirited man with a secret: He’s trying to make it as a legitimate businessman in a small town in Florida and put his past life as a hit man behind him. Cody wants nothing more than to work hard, ride his motorcycle, scuba dive, and spend some quality time with his new lady.

But drug dealers want property owned by good people Cody calls friends, which pulls Cody back into his old profession as he works in the background to take down the vicious thugs and the banker they have in their pocket. His whole adult life has been a series of calculated risks with limited emotional involvement, but he’ll need to use his special skills for something other than his own personal enrichment and preservation if he wants to take down the gang and help his friends. 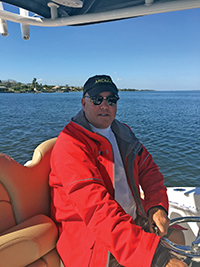 Jerome Stewart is originally from Oklahoma but has resided in Florida since the mid-1980s.He is a certified Divemaster, licensed boat captain, and avid sports fisherman. Jerome has owned numerous Harley-Davidson motorcycles, including his current Street Glide, and enjoys leisurely rides and touring. He has ridden the Dragons Tail, Blue Ridge Parkway, portions of Route 66, Sedona, and Grand Canyon in the high plains of Arizona, Colorado Rocky Mountains and, most recently, the Pacific Coast Highway. Jerome has also ridden all over Florida including down to Key West on several occasions. He enjoys a sip of whiskey on the rocks with his faithful Labrador retriever close by and a mischievous smile as he dreams up more savage action and adventure for Cody Houston. Jerome is a proud Citizen of the Chickasaw Nation, a flag-flying patriot of the United States, and a US Navy veteran. 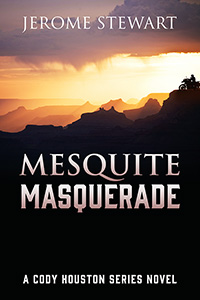 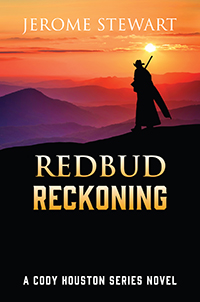