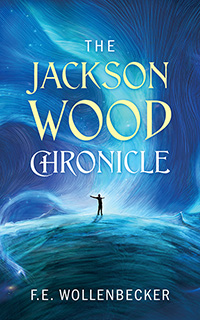 Magi have finally announced their presence to the world. Many questions were raised with this earth shaking news. What would they do? What could they do? What did they want? The answer was simple. To live openly in their communities, and to apply their powers in useful service. However the new era did not come in with the peace, and tolerance the magi had hoped for. The magi were met with prejudice ranging from quiet scorn, to open violence, and even war in some regions. These are the chronicles of a mage by the name of Jackson Wood. In the first story, you meet him as a scrawny child, overshadowed by his more talented older siblings, and overlooked by his parents... Until his powers awaken, and he gets his first taste of prejudice at the hands of his own father. In the following stories, you see him as a war wearied young man looking for a more peaceful existence.

Frank Wollenbecker Jr. was born the day Ronald Reagan was elected President and grew up loving all movies involving swords and magic.