Raw Food and the Presence of Love 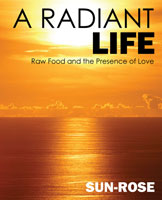 Raw Food and the Presence of Love

A Radiant Life provides the steps to change from any way of eating to a mind-opening, health-giving, joy-bringing raw food vegan way of life.

The author - simply by consistent living of what she loves -- supports others in a very enjoyable transformation.

It’s six in the morning, and I woke having a dream in which someone was saying to me: “Please put in a chapter with real basics. Don’t assume we know anything! Those who do can skip it; those who don’t will appreciate it.”

So, here I am, and here is the chapter.

The first basic is that you will find that you can know. The Voice for Love – for Good – is a great Guide – even in the kitchen. I’ve had some of my best listening in the kitchen.

1. Let’s say that you like the idea of raw – or even vegan – and have no idea where to start (and possibly not a lot of money). Even if you can afford all sorts of things, start simple. It’s less confusing.

The principles of Be, Do, Have from est are very helpful here.

Most of us – when we want to do something – start by going to the store to buy whatever the accoutrements are for the experience. Then we get the stuff home and look at it. We may never get any further than that. – And then we have a closet or an attic or a basement filled with stuff, unused.

Or we may actually get some stuff and do some stuff or take some lessons and get more practiced until we are actually being whatever it is. That’s Have, Do, Be.

It’s easier if we go the other way around.

First is the mental awareness: This feels right to me, to be a runner, a dancer, a stamp collector, a vegan, a raw food eater. I feel willing to give this a go … see if my feelings are right … and I’m willing to push myself a little if it feels difficult, because I’m feeling that the benefits are worth the effort.

How powerful is your mind? I read about an experiment with three groups of basketball players: the first group practiced extra time on the court; the second group practiced through their minds, visualizing their practice, and the third group did nothing extra. The mental group had about as much improvement as the players with extra court time.

An idea comes to you, from your mind, from reading or a friend telling you about it. So you sit with the idea. Maybe it is to start running. Then you might get up and run across your room, or up and down the stairs, or even down the block. When I first read an article in New York Magazine about the runner’s high, it was midwinter, and I immediately loved the idea of being a runner – despite the fact that I absolutely detested track in school and was terrible at it. So up I went and out the door, running on the snow-covered road. I didn’t get far before I was gasping in freezing air. Home I went, but I was already a runner. So I began running, albeit slowly, up and down our steep back staircase and through the house. Once it was warm enough, I began running outside. At first I ran in regular sneakers. Then I bought some running shoes. I’m no great runner, but within a few years I was able to run and complete a full marathon without training for it – all 26.2 miles of it. And later that year, with some training, to run and complete the New York Marathon.

The ‘secret’? I was a runner (as in Be) and ran every day, pouring rain, giant blizzard, steaming heat, on vacation, migraine headache, sick as a dog, it didn’t matter; I ran.

If you want to be a dancer, put on some music, or dance to your mind. If you want to be a raw-food eater, eat an apple, a banana. Then eat some more raw food. It’s really simple, and although there are wonderful recipe books abounding, anyone can eat a piece of fruit, throw together a salad, eat some nuts or seeds. You don’t need any expert other than the raw fooder that YOU Be. You are your expert. And YOU can do any good thing that you are willing to do. 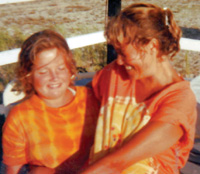 Sun~Rose is a joyous participant in life, sharing lessons from her Guide and offering her experience of immersion in a parallel and present way of existence that brings true satisfaction.

A Radiant Life has been so much fun to live and to write and so helpful to the author that she offers it to you with gratitude and love. 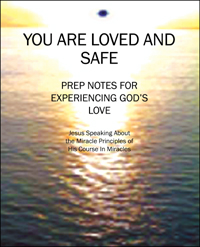